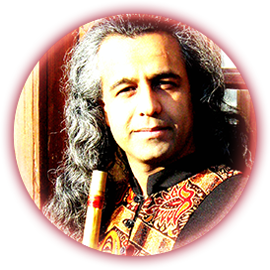 Mohammad Rasouli is one of those rare masters of playing the reed flute – Ney, who were recognized in the West. The Ney is one of the most ancient Persian musical instruments, with the history dating long before Common Era.

Mohammad started learning Ney in 1991 from Master Mehdi Ebrahimi and graduated from the Tehran Art University, where he studied Ney from Master Abdolnaghi Afsharnia. After finishing the academic education he continued to improve his musical mastership. He is a member of Chakad ensemble and performed regularly since he was living in Iran and was teaching Ney in different music schools in Tehran and Gorgan.